It was the date of the 3rd anniversary of the disaster, The Great Eastern Japan Earthquake. About 6 months later than the disaster, I learned of the passing of my old friend from high school, whose life was ended here at this point. When I was in Fukushima City in my undergraduate days, he came to see me on a motorcycle. 30 years have passed since we said each other 'See you again'. This date is the anniversary of his death. I visited this place with flowers and a bottle of Japanese sake though we never had a time of hobnobbing. His image of dishelming and stepping close to me comes to my mind.

I also made the way to my birthplace,  Shishiori, Kesennnuma. The scenery seems changing every time I come. The land up-leveling has started. There is not what is used to be. 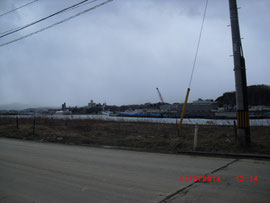 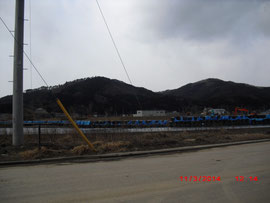 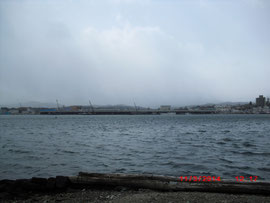 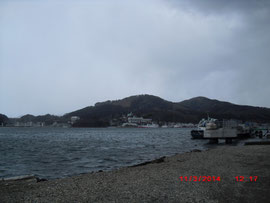